The Difference Between an Electric, Gas, and Spring Airsoft Gun

If you’re a seasoned airsoft player, you’ve likely seen and used guns of all kinds. If you’re the run and gun type then you probably have a preference for electric guns. If you run a pistol then you’re probably familiar with gas powered guns. If you or someone you know prefers sniping, there’s no way you haven’t handled a spring powered gun at some point.

If you look at any other sport in the world, players are always required to bring specialized gear to maximize their potential. The sport of Airsoft is no different. If you’re just getting intoairsoftor if you’re simply interested in learning more, it’s important to understand the differences between the various types of airsoft guns.

It doesn’t matter how it’s powered, the primary function of an airsoft gun is to fire rubber or plastic projectiles known as BBs. With that being said, the technology behind electric, gas and spring airsoft guns are quite different, and they can drastically change the way you play the game.

Spring airsoft guns utilize the power of a spring to propel BBs down the barrel of the gun. Spring guns work on mechanical power, meaning they have to be cocked back (in the case of a pistol) or set in place with a bolt action (in the case of a sniper or long range rifle). Spring powered airsoft guns are viewed as both the worst in the game and the best depending on the power of the spring.

Unlike spring powered airsoft guns that operate on mechanical power, gas powered airsoft guns harness the power of gas to propel the BB down the barrel. In the world of airsoft, the most common gas powered guns are pistols. They typically shoot harder and faster than spring powered guns. Gas guns tend to be semi-automatic though certain models can shoot fully automatic.

The most common gas used for airsoft guns is propane or “green gas.” Another type of gas used is CO2, which can be used for both rifles and pistols. On a side note, CO2 guns tend to shoot at a higher FPS than green gas guns. Other less commonly used gas types are HFC134a refrigerant and nitrogen.

Electric guns are the most commonly used guns on airsoft fields around the world. Electric airsoft guns typically come with a battery charger and a rechargeable battery. Most electric airsoft guns have selective fire capabilities, in which the gun can switch between full auto, semiautomatic, and single fire modes. 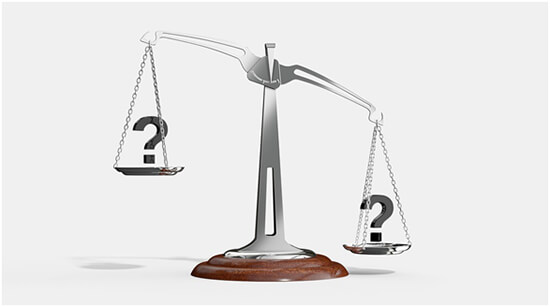 As you’re making a choice of using either a rifle or a pistol (or both), you need to consider four things:

Take rifles for example. Rifles tend to be more precise and more powerful. They’re also capable of holding more rounds at one time. With that being said, they’re more cumbersome and heavier than a pistol. It’s not as easy to maneuver with a rifle than it is with a pistol. Furthermore, they tend to be more expensive.

On the other hand, pistols are small and easy to move with. They’re excellent for engaging targets in CQB environments. Though pistols hold fewer rounds than a rifle, this can be rectified with a high capacity magazine that allows you to stay in the fight for longer. However, depending on the skill of the player, matching a pistol vs. a rifle will put the pistol user at a disadvantage.

Not only does the rifle have better reach, but it holds much more ammunition. Plus, rifles shoot at a higher rate of fire. Even fully automatic pistols are outmatched because of how quickly they run out of ammo.

As you make your choice of electric, gas, or spring powered airsoft guns, understanding the advantages and disadvantages of pistols vs. rifles will likely affect your decision.

Your choice of airsoft gun ultimately comes down to one question: what do you plan on using the gun for? Are you just fooling around in your backyard? Do you intend to play at airsoft fields? Do you prefer battery power?

If you can answer that one question in your mind (along with the secondary subsequent questions that will inevitably follow), you’ll be on the right track of choosing the right gun for your playing style.

Airsoft players often have mixed feelings for spring powered guns. On the one hand, they’re the least effective guns on the airsoft field, especially when compared to gas and electric guns. These would be the Wal-Mart brand guns that you would probably buy for your kids. On the opposite end of the spectrum, spring powered guns can be the most powerful guns on the field. Spring-powered sniper rifles can easily shoot at 500 FPS or higher. In other words, your opponent will definitely know they’ve been hit.

The primary disadvantage of spring-powered airsoft guns is they must be manually cocked every time the trigger is pulled. This isn’t much of an issue for sniper rifles who sit ata distance, hidden away. However, this can be a significant disadvantage in a CQB situation.

If you’re facing down three opponents who are using gas and electric guns, that would mean you would have to cock your weapon a minimum of three times to take out all three opponents, implying your aim is dead on. That’s all while not getting shot by guns that don’t have the same limitations as your spring powered gun.

Frankly, such a scenario is unrealistic. Your chances of winning such an engagement are slim, plus it’s pretty frustrating having to cock your weapon after every shot. Furthermore, spring-powered airsoft guns tend to shoot at relatively low speeds. Spring powered pistols tend to sit in the 170-350 FPS range while rifles can reach around 300-500 FPS. Low firing speeds equal less accuracy. Take into account environmental factors such as wind, and you’ll find that you are truly at a significant disadvantage.

Still, you can’t discount the fact that spring-powered guns can shoot endlessly. As long as the spring holds out, you can continue firing away for as long as you please. This is unlike gas and electric guns who rely upon a battery or gas supply to continue firing.

Gas-powered airsoft guns are the next step up. They tend to fire harder, faster, and more accurately due to their semi-automatic firing style. Green gas, CO2, and other lesser known gas pistols can reach speeds of around 400 FPS while firing. Gas rifles can reach up to 400 – 500 FPS. Because of the power behind each gas propelled shot, these guns tend to be very accurate.

When it comes to disadvantages, gas guns are a poor choice in cold environments. CO2 is especially prone to malfunctions if exposed to the cold for too long. Plus, once you’ve expended your gas supply, it’s game over.

Electric guns are the most popular airsoft guns for a reason. Electric guns can reach up to 500 FPS and beyond and tend to look very tactical. Furthermore, rechargeable batteries allow you to save money. This is in comparison to gas guns that require a constant flow of gas you have to purchase to continue powering your gun.

But even electric airsoft guns have their disadvantages. Due to the electric nature of the gun, the performance tends to lag when the gun gets damp. Furthermore, if your battery dies in the middle of a firefight, you’re done (unless you’re packing a backup pistol).

You’ll notice that amongst electric, gas, and spring airsoft guns, the price range will vary wildly. Take spring powered guns for instance. You can find a spring gun for as cheap as $45 at Wal Mart. However, there are spring powered sniper rifles that go for more than $1,000.

The general rule of thumb is that the more money you spend, the better your gun, at least in most cases. The airsoft guns that sit in the $250 and beyond range tend to be more precise, shoot faster and are generally more durable.

As you consider the price of your gun, you have to factor in two things: the initial cost and recurring expenses.

The initial cost of the airsoft gun

If you’re looking for the cheapest gun out there, spring-powered guns will be your best friend. If you’re new to the game and you’re simply testing the waters to see if you’ll even enjoy the sport consider starting with a spring gun. That way you won’t spend too much money if  you decide airsoft isn’t for you. If you’re a pro player, higher-end sniper rifles will cost you a pretty penny, but you will indeed be a true terror on the field of battle.

Electric airsoft guns tend to sell around the same price as gas powered airsoft guns. The price is all over the spectrum. You can find a decent entry level electric rifle for $150 if you look in the right places. Many of the middle of the road guns sit in the $180-$240 range.

As you’ve likely deduced by this point, spring-powered guns are the least expensive to operate. You just need to purchase rounds, and you’re good to go.

Gas guns are a good deal more expensive in terms of recurring expenses. Gas guns require cartridges or canisters of gas for continued operation.  In the beginning, you likely won’t notice the expense as too much of a burden in the beginning. However, the cost of gas will begin to pile up. Give it a few months, and you’ll find that you’ve spent a significant amount of money on CO2 canisters and other forms of gas.

When it comes to electric guns, you’ll have to purchase a battery and a charger. Therefore, they’re much cheaper than gas guns but more expensive than spring guns. In terms of a recurring expense, you may have to purchase another battery in the future if your current battery dies on you permanently. On a side note, you’re highly advised to purchase multiple batteries. That way if one battery goes out on you, you can easily swap it out for another.

Ultimately, if you’re unsure of which gun to choose, try them all out. Airsoft is about having fun, so experiment and see which one suits your playing style the best. You might be surprised by your choice.

The Difference Between an Electric, Gas, and Spring Airsoft Gun

Proper Fit of a Handgun

Down to Business: Gun Sales/Shooting Range Business in Elgin a Family Affair

The Basics of Sight Alignment and Trigger Pull